The Loaves and the Onions

Memory Cove Wilderness Protection Area is a small bay within Lincoln National Park. It only has five camp spots, and access is via a key from the info centre and a skull rattling 4WD road in. Only 15 vehicles per day are permitted entry, in order to preserve the rare and endangered local flora and fauna, and naturally, fires are prohibited. Matthew Flinders named Memory Cove after eight of the ships company ‘unfortunately drowned near this place from being upset in a boat’. Flinder’s cat, Trim, made the right decision to remain on the barque Investigator, and continued on board for another year or two. 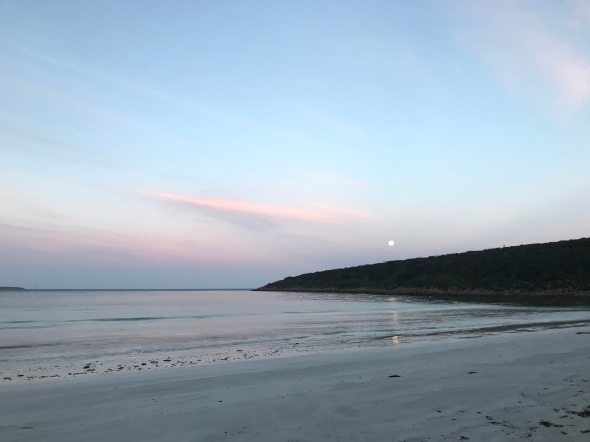 In preparation, we conducted a round of all the local oyster fisheries in search of the mythical $10 dozen. The oyster folk were obviously out tending to their stacks as sheds stood open and unmanned. We then tried the local IGA chasing another long tale that they sold oysters for $11 a dozen. Crestfallen, we went to the only place open at that early hour – the local bakery – and consoled ourselves with a pie for breakfast. “Sauce?”, the ill-humoured woman behind the counter barked, wielding a large upended squeeze bottle with intent, “Um, yes, that would be great thanks!”, I stammered a little too eagerly trying to lift the mood, upon which the pie became mercilessly impaled on the bottle and about 300ml of sauce delivered into its meaty heart. 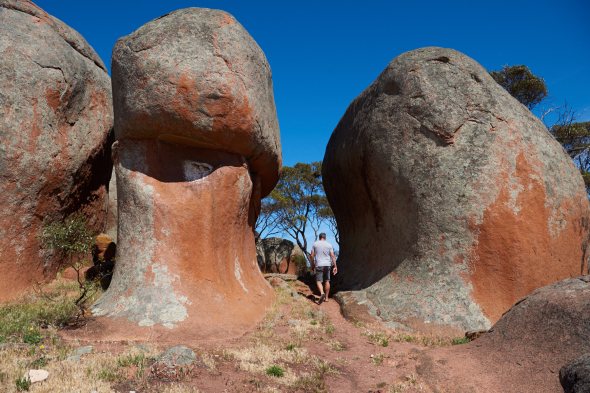 Murphy’s Haystacks. It all began 1500 million years ago

The road from Smoky Bay to Port Lincoln follows the coast, but has just as picturesque vistas on the land side in the way of sweeping hectares of thriving agriculture. Every now and then brown signs signifying ‘photo opportunity’, ‘historical place’ or ‘point of interest’ will pop up and we randomly decide to check them out. Murphy’s Haystacks sounded like something worth a look, and the pink granite blobs formed 1500 million years ago were quite the oddity. They are on private land and entry is $2. A couple of caravans had camped overnight, owners and dogs emerging upon our arrival to leave a special kind of present for the next visitors. Which begs the question: Why do people choose free camps as an en plein air waste facility? Is this some kind of weird childhood rebellion? 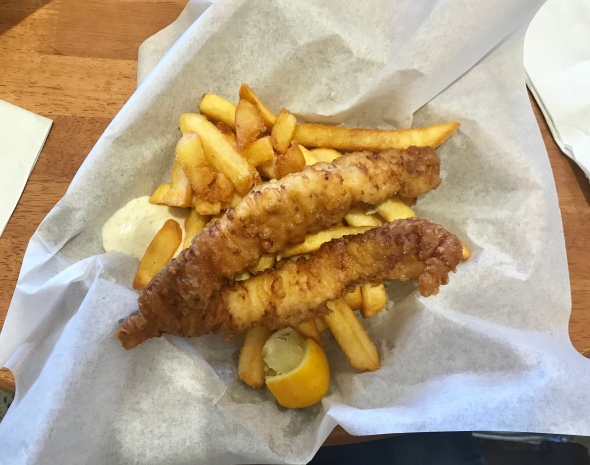 Fresh Fish Cafe. If it swims, they’ll batter it.

By the time we reached Port Lincoln, the tomato sauce in pastry had faded from memory and seafood again burned in our brains. The Fresh Fish Place is a local art-meets-ocean-related homewares-meets 20 kinds of battered fish-café and supplier. I took my seat at one of the curiously baroque chairs paired with recycled boat wood tables and was immediately aware I was ruining the selfie for a couple seated across the cafe attempting to get a shot of themselves in the Italianate mirror behind me. They motioned for me to move and spent the next 20 minutes failing to nail the insta story. With about three kilos of smoked everything we could find, we made our way into the mythical Memory Cove, past large emu families and teams of boxing kangaroos.

Don’t care about the Duco

The only other people at the cove were a group of seven guys aged between 18 and 35 who covertly told Waz about the snakes around. They didn’t want to upset the little woman and besides, they had killed the snakes, so it was ok. National Parks camp sites are incredibly cheap, some as low as $6.50 per person a night, so what people do is book in one person and proceed to jam seven people on a site. But that doesn’t work, so they spill over into the Conservation area around their site, then come sunset, they light a fire.

Lucky to be here.

Early the next morning, a ute comes flying into the bay in the style of Dukes of Hazzard. It screams to a dusty halt at the edge of the boys’ camp site. Park Rangers emerge and a 30 minute discussion ensues. Somehow the boys had already dug in the fire and got away with it all, leaving soon after the Rangers. A woman soon arrives and sets up in their camp spot. She has come to Port Lincoln for a wedding and the bride-to-be handed her the keys to her 4WD, loaded up with a swag and camp supplies and pointed her to Memory Cove. Moments later she appears asking if we have any need for eight loaves of white bread liberated from their plastic bags, or ten kilos of onions. Or a bag to put them in. We spent the next 30 minutes adding egg shells and chocolate wrappers to the mix, digging bait bags out of the high tide mark and throwing 30 bait squid back into the ocean. I’m distracted by the big questions. Were the onions on special? Why don’t seagulls eat the bait? 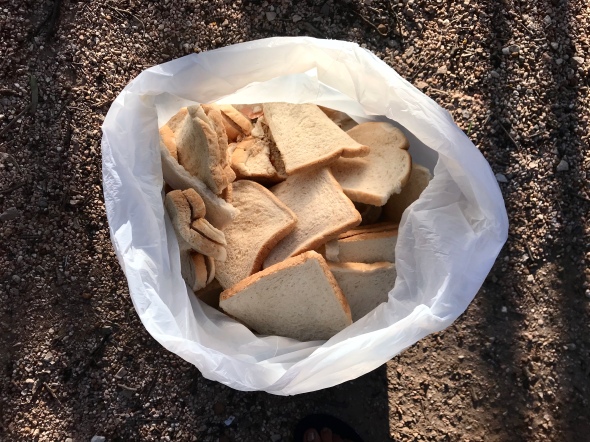 The Loaves and Onions

I braved the extremely cool water in search of seahorses and weedy sea dragons. The weed was in beautiful shades of pink and green. A sea lion had popped up onto the rocks to check out Waz’s fishing results, so naturally I was expecting a Great White Shark to appear any moment. I stayed in until I went blue. It was time to head to Adelaide. 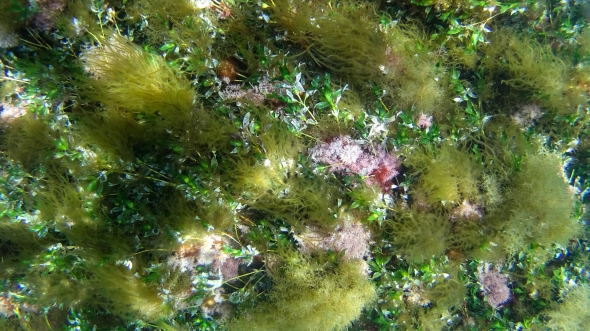 7 Comments on “The Loaves and the Onions”