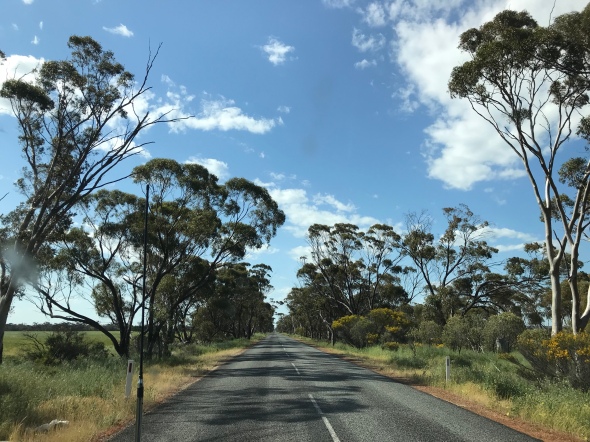 It’s Friday. Warren has taken voluntary redundancy from Telstra, and will be finishing in a week. He declares with enthusiasm that we are to hitch up the Aussie Swag camper trailer (creatively referred to as The Swag) and hit the road. For around four months. Leaving in two weeks. All that is required is to buy a suitable vehicle, pack a minimalist bag, slow to 40KPM for a quick food shop, and we would be off.

Alas, no. We have the ingenious idea of installing some people in our house while we are gone, and I am granted a revelation. Apparently the hours spent bingeing Netflix had robbed me of the truthful vision that my home held grime ransom in every crevice.  The gloves, magic erasers, and a toothbrush that would deprive anyone of gum margin came out and I was off on a Konmari* extravaganza with laser focus.

Have you ever inspected your washing machine? The thing that cleans everything else, that never actually gets cleaned itself? A quick check on what it would cost to buy and simply replace the Fisher & Paykel manky bits had me head back to the garage for another solution. The steamer, the water blaster, a bladed scraper later, and good deal of muscle later (hooray for pre-dawn winter pool kilometres**), I stood back with satisfaction.  [At this stage I must mention our laundry lives in the garage. It’s a matter of priorities. Namely Warren’s wine storage trumps boring laundry that Warren is still in a quandary over what it’s contribution to life quality is.]

Then I noticed the wall behind the washing machine. Having just reorganised the entire garage pre-departure, I knew exactly where the painting stuff was.  No multiple trips to Bunnings here. Two hours later, two walls of the garage were freshly white.  I’ll leave you to imagine how this played out in every corner, draw, and crevice of our house.

By the time our incredibly lovely new tenants knocked on the door last Sunday, 16 days post declaration, I was at the stage of dually cleaning the fridge and flinging indiscriminate matter into the trailer. A bag of dry goods, dirty runners, and clean linen vied for real estate on the back seat. I paused and took a moment to appreciate the immaculate cream sheepskin seat covers, champagne interior, and unmarked ‘Liquid Bronze’ exterior of our newly purchased car. It would never look this way again.

We headed out the drive and north. We hadn’t actually had time to discuss an itinerary, but a pie at the Bindoon Bakehaus would be a good start.

And so it begins. 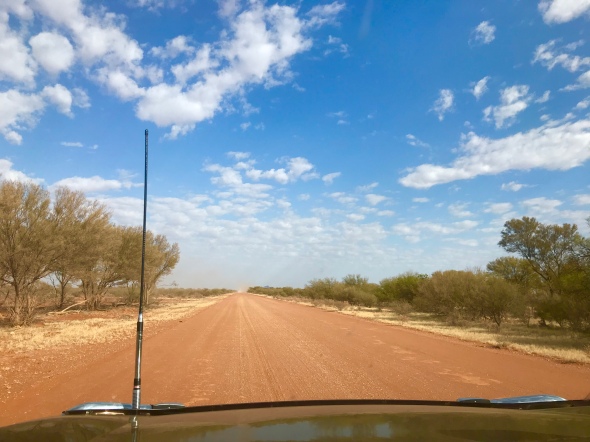 *Marie Kondo is an organising expert who introduced the KonMari Method™ in her transformative best-selling book, “The Life-Changing Magic of Tidying Up.” She began tidying as a young girl and refers to “tidying adventures”, just like me apart from being half my size in every measure, gently spoken, and smiling serenely out from perfectly face framing sleek hair. Simply reading her book is an exercise is peaceful mindfulness. The approach is rooted in a single question: Does this item spark joy?