← Where the crowds go to get away
Feel the Fear →

Our time at Club Croc drew to a close, but we felt we had not plundered the full depth of Kakadu. We ventured North to the Merl campground where countless people told us we would be carried away by mosquitoes. 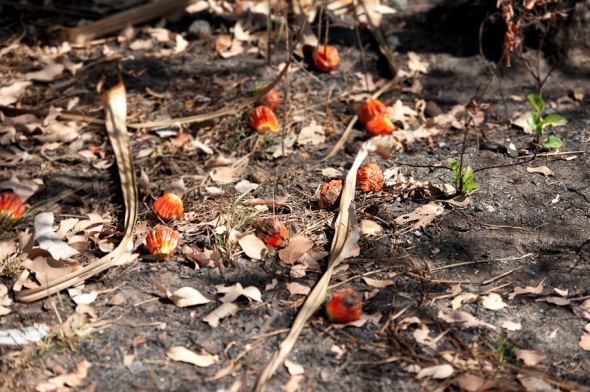 Thundering along the road we heard a thump around the trailer. I was pretty certain no animal had met an untimely end so we concluded investigation would be in order. We paced around the trailer mystified, until I found a chain protected by heavy duty fabric dangling jauntily from the frame of the trailer. “What’s this for?”, I asked, swinging it around my finger. W said he hadn’t noticed it before. At about the same time we realised it was dangling from the spot where the spare tyre used to be, and 2 seconds later noted a black scrape on a corner of the trailer. Clearly suffering the same brain rattling experience I endured on the 4WD roads, the spare had made a bid for freedom, glancing off the metal case where the fridges live, and bouncing off into the underbrush. We immediately jumped in the car and retraced our steps, drawing to a halt at the point of ejection, behind a guy in a minivan beating a hasty retreat. We never recovered the tyre but were richer for the knowledge of where the wrapped safety chain should have been employed.

Out of our remote camp ground we realised Kakadu is teeming with gorges and swimming holes filled to the waterline with backpackers, parents, and peeing youth conveyed via bus. Worse than Bondi on a filming day, all I could think about was the poor little freshwater crocs hiding at the bottom waiting for everyone to go home. I realised THIS was the Kakadon’t people talk about.

Undeterred, we took off up north where Kakadu borders Arnhem Land and an “All hands in the boat!!” cruise up the East Alligator River, allows you to appreciate the watchful golden eye of many a saltie at close range. At nearby Ubirr, rangers tell stories, and hundreds of people climb the nearby rock plateau in the movie footsteps of Crocodile Dundee who took Sue up there to show her ‘his territory’. Rounding off the day with a feast of unexpectedly fabulous authentic Thai food from the Border Store, we repaired to the campground to erect the tent just after sunset, when the mozzies were at their zenith.

Emptying a can of pleasingly noxious flyspray into our sleeping quarters, I remained there until the inevitable odyssey to the ablutions block was upon me. Blithely wandering off into the dark without a torch, I spent 30 minutes circumnavigating the frustratingly organically planned campground. By the time I found our spot again, I had benefited from ribald snatches of german and french conversation as I passed, and lost the battle with mosquitoes the size of small birds.

The next morning, we squeezed in a trip to the Mamukala Wetlands, which I realise are what I have always thought Kakadu would look like everywhere. Swathes of water lillies and water birds were just too far away for me to get a great shot, but it certainly made me want to jump in a tinny and putt around. 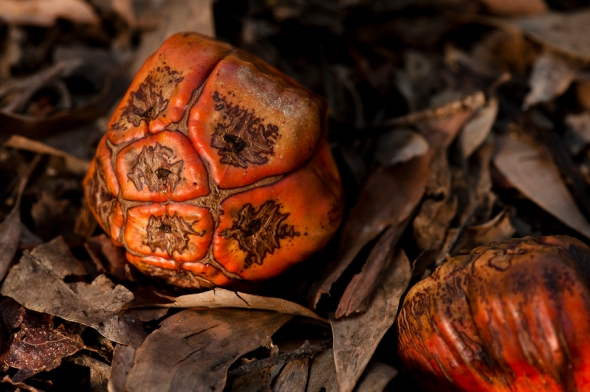